The issue with the wrong sales numbers for our Xbox Live Indiegame Face-Plant Adventures described in my last post has still not been resolved and a mail from us to support has never been answered. The main problem seems to be that the download history for our game is messed up: the game was released in September 2012, but the first five months after release don't show up in the history anymore. Obviously, these would be the months with the most downloads, which are now missing for total sales and trials numbers. This is what the history currently looks like in AppHub: 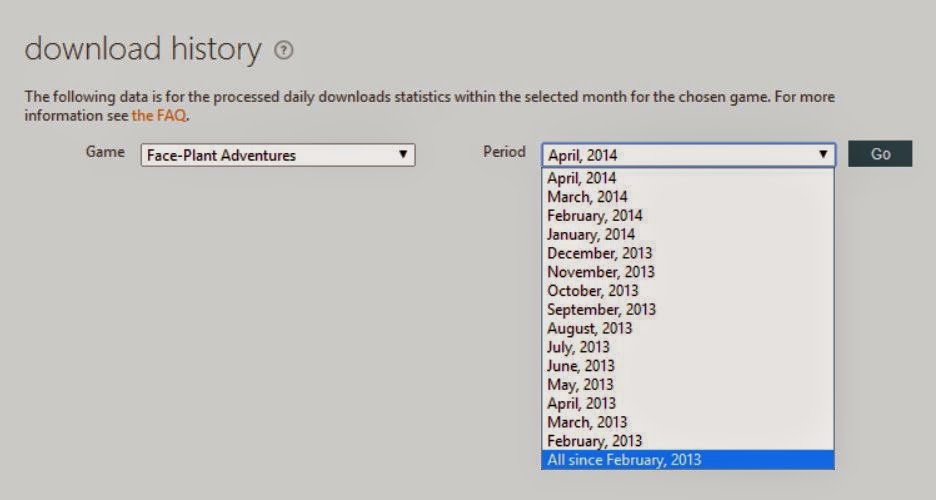 Before this issue ocurred, we could also access the months from September 2012 to January 2013 and view the respective numbers for downloads and purchases. Due to the missing months, we're now down to a total of 54 purchases only.

We'd really appreciate if anyone could help us with this issue or point us in the right direction with regards to who we need to get in touch with to get this fixed.